Shorter men and overweight women could earn far more less over their lifetimes, probably because of sizeist discrimination.

In the genetic lottery, slender women and tall men really do seem to have hit the jackpot, after a huge study found that height and weight are critical to future earnings.
For every three inches taller a man is, he will earn on average ÂŁ1,500 a year more. Likewise every extra stone costs a woman ÂŁ1,500 a year.
It means that a six foot man is likely to earn an extra ÂŁ70,000 over a working lifetime, compared to a colleague who is five foot nine inches. An overweight woman in contrast could see her lifetime earnings cut by more than ÂŁ100,000 in comparison with a trim female.

â€śThis is the best available evidence to indicate that your height or weight can directly influence your earnings”
Professor Tim Frayling, University of Exeter

Crucially, the findings are not based on education or childhood deprivation which are already known to affect earnings in later life.

Scientists at Exeter University looked purely at the genetic information provided by nearly 120,000 people in the UK biobank and compared it to their salaries.

Men who had taller genes and women who had slender genes consistently did better in life, regardless of their upbringing.

It is the first study that has managed to tease apart the effects of a poor start in life from inherited characteristics. It was previously thought that people who fared worse in life were short because they came from a deprived background and therefore had worse nutrition which stunted their growth and increased their risk of obesity. 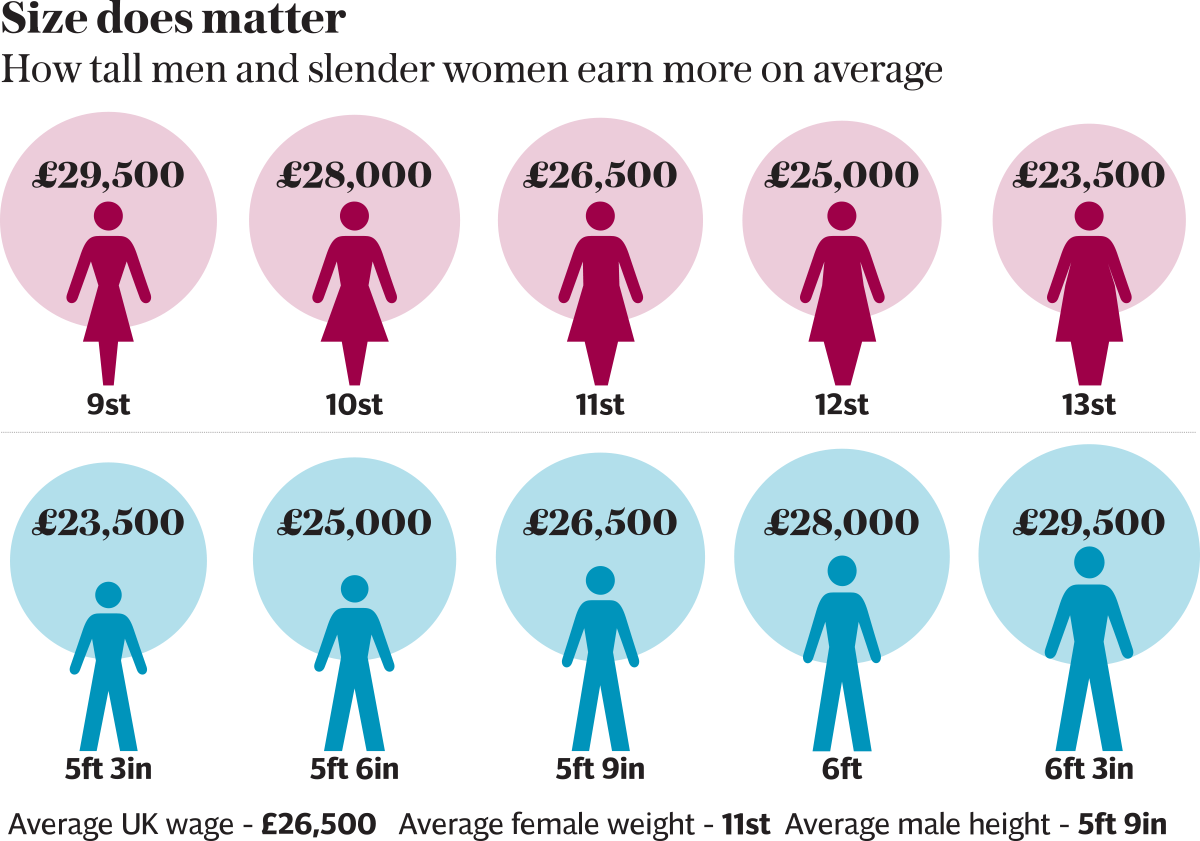 But the new study flips that thinking on its head. It now appears that height and weight are actually driving future success or failure.

â€śThis is the best available evidence to indicate that your height or weight can directly influence your earnings and other socioeconomic factors throughout your life,â€ť said Professor Tim Frayling, of the University of Exeter Medical School.

â€śAlthough we knew there was a strong association, most people assumed that shorter height and higher BMI were a consequence of poorer nutrition and chances in life.

â€śNow we have shown that there is an effect in the other direction as well â€“ shorter height and higher BMI can actually lead to lower income and other lifestyle measures. There is something about being a bit shorter or heavier that can actually influence your chance in life.” 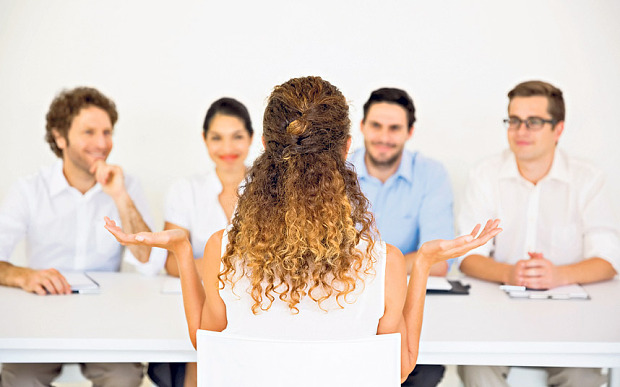 The researchers say they cannot be sure what is driving the correlation, but speculate that shorter men and overweight women are more likely to suffer from low self-esteem or depression than their taller, slimmer counterparts. Likewise, it could be that employers would rather hire taller men. Many studies have shown that male business and political leaders are far taller than the average man.

The team studied 400 genetic variants that are associated with height, and 70 associated with body mass index. They used these genetic variants, together with actual height and weight, to ask whether or not shorter stature or higher BMI could lead to lower chances in life â€“ as measured by information the participants provided about their lives.

Their findings were stark â€“ if a man was three inches (7.5cm) shorter for no other reason than his genetics, this would lead to him having an income ÂŁ1,500 per year less than his taller counterpart. The effect is graduated and cumulative, with each inch worth ÂŁ500 a year.

If a woman was a stone heavier (6.3kg) for no other reason than her genetics, this would lead to her having an income ÂŁ1,500 less per year than a comparable woman of the same height who was a stone lighter. Each extra pound a woman weighs knocks ÂŁ125 off her annual salary.

Tall women also achieved more than shorter women but the findings were not significant, the researchers said. However fatter men did not seem to fare worse than their thinner colleagues. 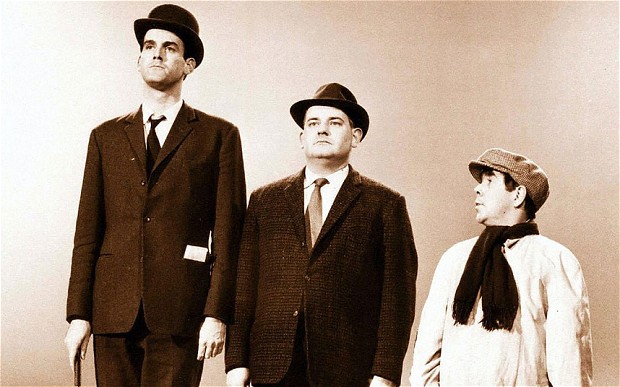 Dr Jessica Tyrrell, lead author on the study, said: â€śThe genetic analysis we used is the best possible method to test this link outside of randomly altering peopleâ€™s height and weight for a study, which is obviously impossible.

â€śBecause we used genetics and 120,000 people, this is the strongest evidence to date that thereâ€™s something about being shorter as a man and having a higher BMI as a woman that leads to being less well-off financially.â€ť

A recent study by Edinburgh University found that short men are more likely to suffer from dementia. However taller people are more likely to lively to develop cancer, with every four inches extra height linked to 16 per cent increase.

Shorter adults are around 50 per cent more likely to have heart disease, have a heart attack or die from the disease than tall people.

The research was published in the British Medical Journal.

Countries With The Tallest Average Heights
by cadmin
May 25, 2016

Mobile version: Enabled
Back to top

Use the search box to find the product you are looking for.

No products in the cart.